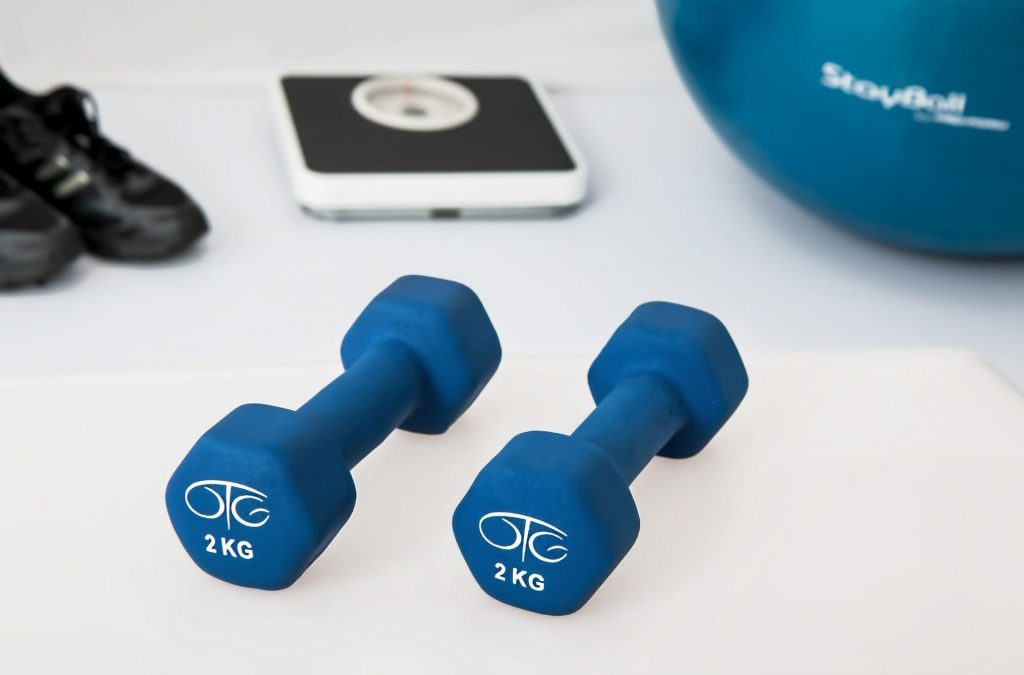 Do you worry about leaving dieting behind for fear of the health consequences?

If so, you are not alone. It is hard to miss the message that obesity is dangerous to health. As a result, most people believe that being overweight is risky and would have a hard time imagining otherwise. For me, the whole issue seems a bit moot. Even if this were true, we don’t have an effective method of helping the majority of people achieve long-lasting weight loss. In addition, there are dangers in the trying, as I talked about in my last post, such as weight cycling, eating disorders, increased stress and feelings of failure.   Please know that I am not encouraging you to give up on your health!  I just don’t believe that dieting and focusing on weight loss is the best way to get there.

I do understand that many people feel scared to give up dieting because they are worried about the impact of their weight on their health. Because of that, I would like to use this post to address those fears.

Despite the widely held belief that higher weight equals a higher risk of disease and death, there is quite a large pool of data, not only disputing this assumption, but suggesting the opposite may be true.

Before I get to the research, take a moment to think about the assumption that thinness equals health. If you saw a thin person on the street, would you know they are healthy?  How about the woman, below?  Is she happy and healthy and out shopping?  Or, could she be shopping to keep from feeling her hunger because she has anorexia?  Or, maybe she is on her way to the hospital because she has cancer. 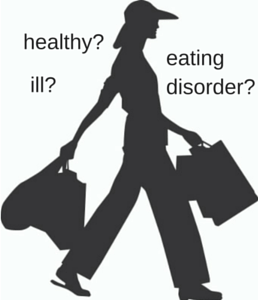 There is no way we can know by looking at a thin person whether they are healthy, have an eating disorder, smoke, or even have a serious illness. All we know is that they are thin! It is impossible to look at thinness and assume health!  That seems pretty easy to understand, doesn’t it?

The same is true at the other end of the spectrum. We cannot look at a person who is large or overweight and assume that they are unhealthy. Again, all we can tell by looking is that they are large! This one seems to be harder for most people. Our assumptions about weight tend to be so “hard-wired” that they are hard to set aside.

I often encourage people to consider a large football player. Would we look at this person and assume they are unhealthy?

I remember watching a news documentary many, many years ago that interviewed a male patient, considered obese, as well as his physician. This man was an athlete – I believe he participated in triathlons. If you were to look at him, most people would assume that he was unhealthy because of his size. In the interview, the physician shared his struggles around this. His medical training told him that he should encourage this man to lose weight and yet this man’s blood pressure and lab values were better than most of his patients!

Size does not give information on health status!

Okay, on to the research. There is quite a bit of data to support the notion that being overweight doesn’t predict health status or mortality.

For example, Gaesser, in his book Big Fat Lies, looks at obesity and atherosclerosis, which is the build-up of plaque in the arteries. He describes studies using autopsies, coronary angiography, as well as ultrasound studies. In these studies, obesity was not related to the presence or progression of this disease and in one study, the “fattest people, not the thinnest, had the cleanest arteries”.

There have been many other studies looking at, what has been described as the “obesity paradox”, or the finding that obesity is associated with better outcomes in a number of health conditions.

For instance, Curtis, et al., (2009) found that in patients with heart failure, having a higher body mass index (BMI) was associated with lower mortality.  The findings of Uretsky et al. in 2007 found similar results suggesting a protective effect of obesity, in patients with cardiovascular disease.  Carnethon in 2012 studied  2625 individuals who developed diabetes.  She found that those who were overweight or obese, at the time of diagnosis had a lower death rate than did those who were of normal weight.

Bacon and Aphramor (2011) describe research that pooled data from 26 studies and over 350,000 participants. The results of that study found that being overweight was associated with greater longevity as compared to normal weight. This study is certainly not the only one to find similar results. If you would like to read more, check out the references at the end of this post.

Part of the problem, when we think about weight and health, is that correlation is often confused with causation. What this means is that obesity may correlate with health conditions, but that is not the same thing as saying that obesity causes these conditions.

Studies looking at obesity, as it relates to health, often fail to consider the effect of other factors such as physical fitness, nutrient intake, socioeconomic status, or weight cycling. As you can imagine, these factors would make a big difference in health status!

When studies control for these factors, the weak association between high Body Mass Index (BMI) and mortality decreases or disappears (Campos, et al., 2006). 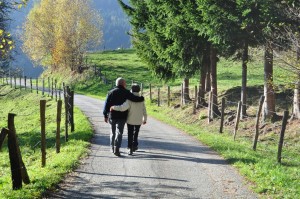 Although most people believe that weight loss is necessary to achieve better health, we can get healthier without losing weight!

In my next post I will share with you research demonstrating improved health without weight loss.  So, be sure to come back, or sign up to the right so that you get an announcement of when I publish that post.

I hope this post has helped to alleviate some of your fears about leaving dieting behind!

Until next time. . . how might you Flourish in your body?